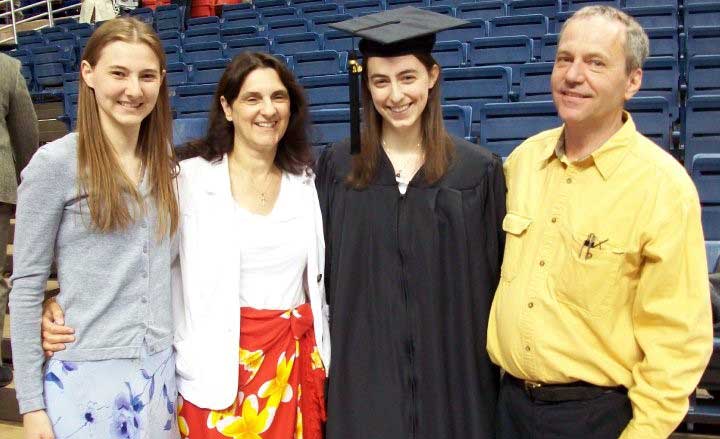 We believe that the best way to learn about something is to ask someone who has already gone through it. That’s why, every so often, we run stories contributed by our readers. Today, we hear from Michelle P. Carter, an entertainment professional who graduated from the University of Connecticut in 2010. Though she graduated without student loan debt, her experience is similar to a lot of recent college graduates who have difficulty finding a job right out of school.

When my bachelor’s degree in English and Creative Writing was five months old, I took a job as a door-to-door salesman for an energy supplier. It was the only place that responded to my job application, and therefore it was my dream job.

For three months, I shivered on people’s front steps in the middle of a New England winter and asked them to bring me their electric bills so I could evaluate whether or not they qualified to save money by selecting an electric supplier—our electric supplier.

The job was straight commission, and once I hit my third full twelve-hour day in a row of making zero dollars, I quit. A little more than a year later, I decided to move out to California where I could pursue my dream of actually using the degree I paid so much money to earn.

Working in TV/film was never the goal when I was in college, but it became my dream to write for television once I stepped foot onto the Santa Monica beach. I took an unpaid internship for seven months in the hopes of getting some experience under my belt to acquire a big girl, big city job.

Cutting costs in pursuit of “experience”

While unpaid internships are all the rage today, it can be really tough on the intern who is only getting paid with experience. No income meant a lot of challenges making ends meet, which took some creativity on my part, cutting expenses wherever I could.

For example, I didn’t have a car in Los Angeles for two years—and this is not a public transit-friendly city. A Metro pass was $75 a month, which covered all of my travel expenses, and forgoing a car meant that I didn’t have to make car payments, buy driver’s insurance, or pay for gas, parking, maintenance, parking tickets, or towing costs. Unfortunately, it also meant that it took me at least an hour to get anywhere, sometimes two or three. It meant putting all my work gear in a suitcase and running with it up the street to catch the bus that decided to show up two minutes early. Missing one bus meant adding another 20-30 minutes to my arrival time.

I also decided to live in a two-bedroom apartment with seven people. Five of them (two couples and a single guy) slept in one bedroom. The other bedroom functioned as an office for the three boys who had enormous gaming computers set up as a 24/7 LAN party. I and one other girl lived on the two couches in the living room. It was crowded as hell; I could never buy food to keep in the fridge or cupboards because they were all full. But my rent was $200 a month, so I stayed for two years.

And remember that unpaid internship I mentioned? My coworkers (who were all getting paid) wanted to go out to lunch every day. I went with them because I felt it was a good networking opportunity. But I couldn’t afford to eat out every single day. If we went to a Chinese restaurant, I filled up on the free rice and took my appetizer home for dinner. (And believe me when I say that I didn’t waste anything when it came to food.) If we went to the Japanese market, I ordered a single pretzel hot dog for a dollar and ate it in shame with my coworkers, who were all eating actual meals with soups and sides and, you know, nutrition.

When I finally got that big girl job, I learned about the seasonal nature of the television/film industry. You work for two months, and then you’re on hiatus where you cross your fingers that your show will get picked up for another season so you can have a job again.

Now my degree is eight years old, and I’m working on at least five different shows with side gigs in between. My degree stays at my parents’ house in Connecticut, collecting dust just like my boyfriend’s Philosophy degree at his folks’ home. We live with another couple in a two-bedroom apartment in the suburbs outside of Los Angeles with this fever dream that we’ll be able to buy a house someday. But as millennials, we know better than to get our hopes up.

1. Would you do anything differently (regarding college/your loans) if you were to do this all over again?

I may have attended community college for two years, living at home to cut costs, and then transferred to a university, if at all. My parents helped me pay for tuition (borrowing against their home’s equity). The whole reason I chose UConn was that it was among the cheaper of the university options I was looking at (Quinnipiac being as well). I didn’t want to go to an out-of-state school because of the exponential increase in cost, so I stayed local.

2. Any advice for today’s students?

I wish I had a solution better than “don’t go to college.” I suppose the best answer is to read up on your congresspeople and find out how they vote on issues of education and tuition/financial aid for students. Vote for politicians who will fight for you to have a more affordable (or better yet, free) higher education experience. Join organizations that can lobby for your interests, and don’t settle.

And, of course, make sure that you actually need a degree to do the work that you want to do. Despite what everyone may say, college isn’t for everyone—and that’s okay. Better to realize that before you waste a whole bunch of money on tuition and student loans!

Michelle is an OG Nutmegger and a transplant to Los Angeles, where she is pursuing a career in the entertainment industry as a comedy television writer. You can follow her on Instagram @michellepcarter.

How Acorns “Found Money” Can Make You Money on Everyday Purchases