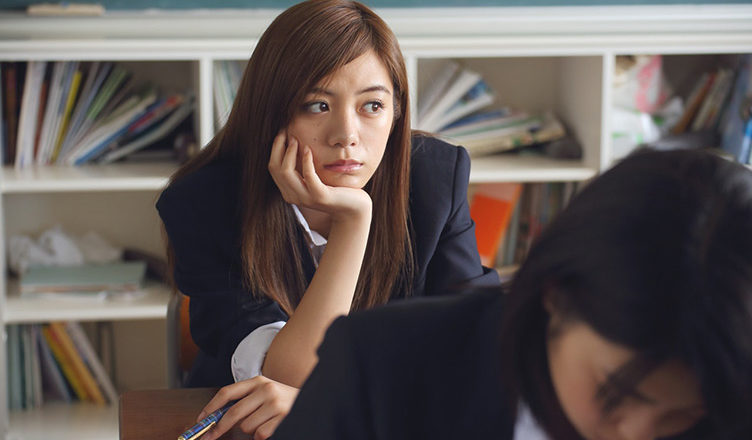 Broadly speaking, the two main types of student loans you will encounter are federal and private student loans. Each of these categories has sub-types that you should also be familiar with.

Federal loans come in a number of forms based on the government program that they are managed under. Each has its own eligibility requirements and different potential benefits (such as student loan forgiveness, income-based repayment plans, etc.), so make sure you understand which loans you are signing on for when you accept your financial aid package. The four main types of federal student loans you will encounter are Perkins Loans, Direct Loans, Stafford Loans, and PLUS Loans.

Perkins loans were low-interest federal student loans available to both undergraduate and graduate students who have demonstrated exceptional financial need. The program authorizing Perkins Loans is no longer active.

One of the things that makes the Perkins Loan program different is that your school is actually your lender, which means that you’ll ultimately be making payments to your college (and not the federal government or a lender). Unfortunately, all colleges do not participate in the program, so you should check with your university to make sure that they do.

The grace period for Perkins Loans is 9 months after graduation or 9 months after you stop being a half-time student, at which point you’ll need to begin making payments. Perkins loans are not typically eligible for income-based repayment plans, but may be forgiven under certain situations.

Direct loans are available to undergraduate students who demonstrate financial need, and can be either subsidized or unsubsidized (more on this below).

The lender for Direct Loans is the Department of Education. These may also be called “Stafford Loans”

The grace period for Direct Loans is 6 months after graduation or 6 months after you stop being a half-time student, at which point you’ll need to begin making payments. Direct Loans are eligible for income-based repayment plans and may be forgiven under certain situations.

PLUS Loans are designed to bridge the gap if your other student loans do not fully cover the cost of your education. They typically come with higher interest rates than other kinds of federal student loans, though they are still usually much cheaper than private loans. These are technically managed under the same program as the Direct Loan program, but they are a distinct type of student loan.

PLUS loans can be granted to either:

The lender for PLUS loans is the Department of Education. The maximum amount of PLUS loans that someone can have is the cost to attend their school, minus other financial aid received.

Credit history is taken into consideration when determining eligibility for PLUS loans, while it is not for other federal student loans. This means that if you are denied a PLUS loan, you will have to find a private loan to make up the difference in costs.

Unfortunately, PLUS loans are typically ineligible for income-based repayment plans, unless they are first consolidated into a Direct Consolidation Loan. Which brings us to our final type of Federal Student Loan…

People choose to consolidate their federal student loans for a number of reasons. Primarily this is to make paying back their loans less complicated, because managing one larger student loan is, obviously, easier than managing eight or ten smaller loans, each with their own payment, interest rates, etc. The other reason is that consolidating certain federal loans (like PLUS loans) opens up some new benefits that you may have been ineligible for under the terms of your original loan.

Though there is no fee to consolidate your federal student loans into a Direct Consolidation Loan, it is important to keep a few things in mind which may be reasons for you to not want to consolidate:

If you’re thinking about consolidating your federal student loans, make sure you understand all of the pros and cons of consolidation before moving forward.

A Note About Subsidized vs. Unsubsidized Student Loans

Federal student loans generally come in two flavors: Subsidized and unsubsidized. But in the rush and excitement of receiving your student aid package, you probably haven’t given much thought to what the difference is between these two types of loans.

That’s a big mistake, because the difference between subsidized and unsubsidized loans can cost you thousands of extra dollars in interest as you pay off your student loans.

This is especially true if, at the end of your college enrollment or period of deferment, you cannot pay the interest which has accrued. At that point, the interest is capitalized (or, added to the principal) which means that you will be paying interest on top of your interest. No bueno.

If you’ve got both subsidized and unsubsidized student loans, keeping everything in check and creating a repayment strategy might seem really overwhelming. Ultimately your payment strategy will depend on your own financial circumstances and long-term financial goals, but there are a few things that you should keep in mind.

To save as much money as possible it’s important to avoid interest capitalization, which is most likely to impact your unsubsidized loans (subsidized loans will only accrue interest during periods of regular repayment or during a period of forbearance). You can reduce the impacts of interest capitalization by working while you are enrolled in school and using that money to pay down your student loans while you are still a student to cover the interest that is accruing.

Private student loans can either be fixed-rate loans or variable rate loans.

Variable interest rates often start out lower than fixed rates, which makes them appealing to borrowers. But, because variable rates are tied to the prime rate set by the Fed, they can (and very likely will) change. The prime rate has been at historic lows for a number of years, but is expected to start rising soon, which means that a low variable interest rate now will very likely wind up being more expensive in a few years.

Fixed interest rates, on the other hand, do not fluctuate. For this reason, they are often a bit higher than variable rates. The added cost comes with a benefit, though: Even if the prime rate rises, your debt will never get more expensive so long as you have a fixed rate. It remains the same from the day you first accept the loan to the day you make your final payment (unless you choose to refinance).

I personally always recommend individuals choose fixed-rate loans over variable-rate loans, simply because I think it’s best to know up front what the cost of your loan is going to be, and variable rates don’t let you do this. But this is a decision that each borrower will have to make on their own.

Which are better, federal or private student loans?

Paying Back Your Student Loans

Paying back your student loans is likely to be the most difficult financial challenge that you’re going to face right out of college, because it’s hard to do. There are a lot of factors that go into successfully crushing your student loan debt, and everyone’s situation is different, but below is a quick set of steps you should take if you want to succeed:

For a much more detailed and nuanced explanation of how you can succeed in paying off your student debt, check out this student loan game plan that I wrote (and that I am personally following).