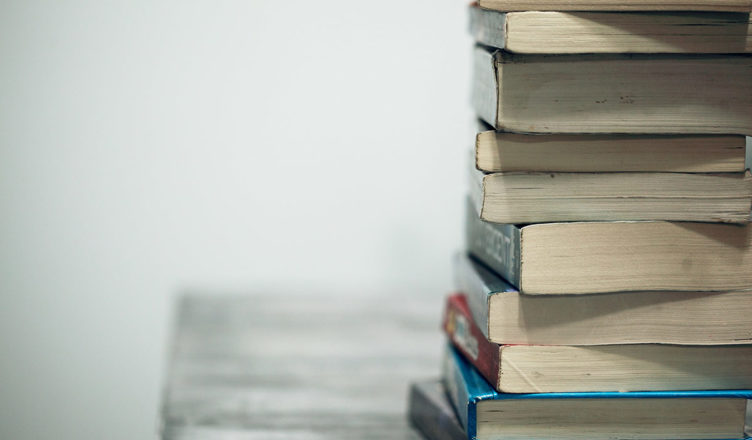 Total student loan debt in 2018 stands at an all-time high of $1.41 trillion, according to a recently-released analysis conducted by the Federal Reserve Bank of New York. That’s a whole lot of money!

But how much is it, really?

Most of us can grasp the idea of $1 million. We can imagine the kinds of things that it can buy, and the amazing power that that sum of money could have to completely change a person’s life. Jump up to $1 billion, and that understanding starts to break down. Do any of us really know what $1 billion is or what it can do? I’m going to venture a guess and say probably not.

So how can we even begin to imagine something the magnitude of $1.41 trillion dollars? Most of us can’t, so we don’t even try. And that’s a problem.

When we start talking about numbers that are so large that they’re beyond our natural ability as humans to comprehend, something in our brain switches off. $1.41 trillion stops being a number, and becomes synonymous with “a lot.” And that can really limit our ability to have deep, meaningful conversations about really important issues like the student debt crisis that our country is currently facing.

If we’re going to find the answer to the problem of student loans, then we need to really, really understand what that problem is. And a huge part of that is simply understanding what we mean when we say “1.41 trillion dollars.”

To help everyone—high school and college students, graduates, parents, instructors, politicians—understand the magnitude of America’s student loan problem, I decided to pull together this list of comparisons. Each of these aims to put that number, $1.41 trillion, into perspective. 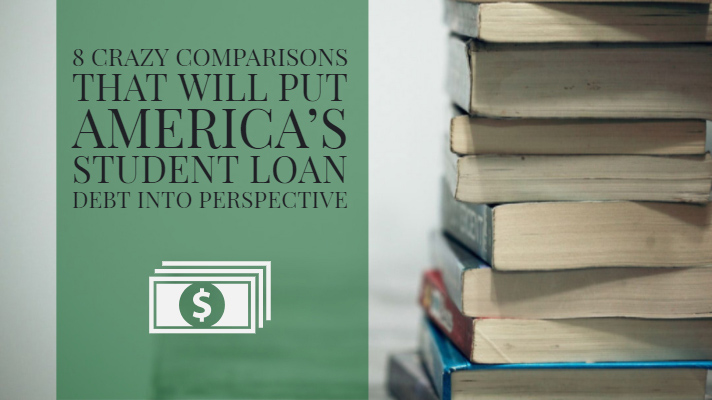 Whichever way you choose to cut it, that’s a whole lot of money.

To put that into perspective, the largest animal on earth, the blue whale, can weigh up to 200 tons, or 400,000 pounds. This means that the total US student debt, in dollar bills, would weigh the same as 7,771 blue whales.

Put another way, it’s also the same as:

3. A dollar bill has a total area of just over 16 square inches. Laid side by side, every dollar that Americans owe in student loans would equate to 22.595 trillion square inches, or 356.625 million square miles.

The total  surface of the Earth is a measly 196.9 million square miles by comparison. That means the total US student loan debt contains enough dollar bills to completely cover the Earth 1.81 times.

Want to keep it just to America? The total area of the United States is 3.797 million square miles.  It would take a layer of 94 $1 bills to lay out $1.41 trillion dollars in student loans evenly across our great country.

Sill having a hard time picturing what that would look like? Stacked up, it’s:

Laid out in a line, that stack of money would be long enough to wrap around the Earth 3.84 times at the Equator.

5. The federal minimum wage is $7.25 an hour. That means that it would take a total of 194.48 billion man hours to pay off all student loans held by Americans.

That would be more than 24.3 billion eight-hour shifts, more than 8.1 billion 24-hour days, or more than 22.2 million years. I hope you’re not stuck working a minimum wage job after graduating from college, but still.

If every man, woman, and child in the US was working a minimum wage job, it’d take them 593 hours to fully pay off America’s cumulative student loans.

6. The total US population is about 327.79 million people. If we were to split total US student loan debt evenly across every man, woman, and child in the US, each person would have just $4,301.

I don’t know about you, $4,301 each sounds like a small price to pay to completely wipe out student loan debt in America. Though it really wouldn’t change anything until we find a way of addressing the astronomical growth in tuition and room and board fees.

7. On the other hand, if the top 47 richest Americans were to pool together their money, they could pay off America’s student loans immediately.

Talk about a crazy concentration of wealth!

8. Put a different way, we could liquidate the top 2 most valuable US companies (by market cap) and use those funds to pay off America’s student loan debt.

Not that we’d want a world without Apple or Amazon (okay, I would be fine without Apple), but there are around 20,000 large companies in the US (defined as having at lest 500 employees). It’s pretty crazy to think that that by liquidating just two of them, you could completely wipe out student loans in America.

Clearly, whichever way you cut it, $1.41 trillion is a whole lot of money. An almost unfathomable amount of money.  Money that Americans could be using to support their families, buy homes, and save and invest for their futures.

Ready to start tackling your student loan debt? I’d recommend you start with these resources below:

How Acorns “Found Money” Can Make You Money on Everyday Purchases